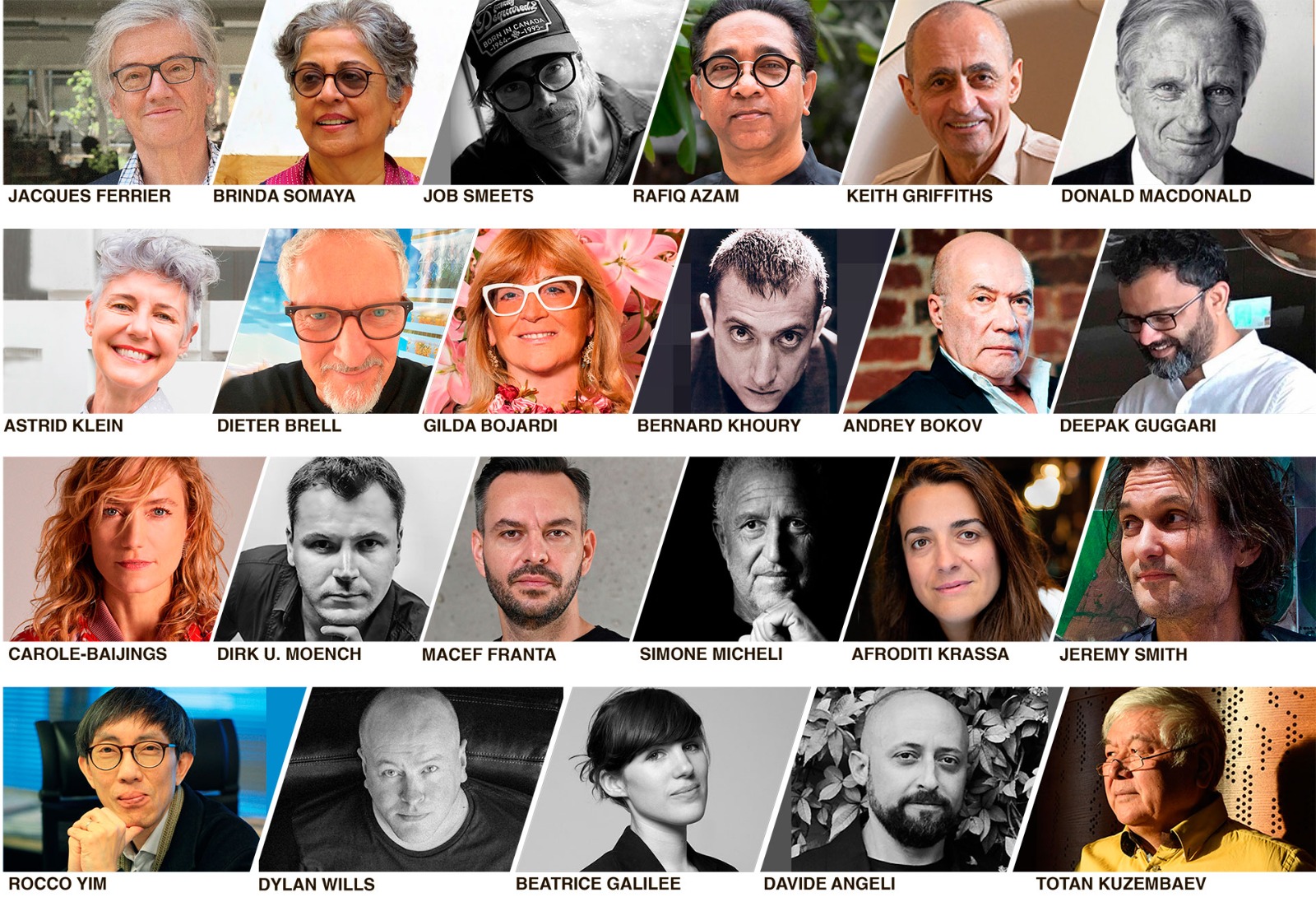 The jury of the Eurasian Prize 2022 has been formed

The mission of the ‘Eurasian Prize’ is to advance the appreciation of architecture as a force that can transform the world, erasing boundaries between states and removing barriers between nations. The slogan of the international competition is „INNOVATION FOR SUSTAINABLE ARCHITECTURE FOR THE GOOD OF HUMANITY“. Following its goals, the Eurasian Prize remains true to the principle of openness to all creative ideas and continues to accept submissions from architects and designers from all around the world.

We are pleased to announce the membership of the jury for this season's competition, which has included 23 world-famous architects and designers. Among them are such names as:

Keith Griffiths is the Chairman & Founder, Global Principal Designer of Aedas, one of the world’s largest architectural practices with 1,200 staff in 11 offices throughout Asia, USA and Middle East. Keith Griffiths has also acquired many awards and achievements. Aedas is recognized by the Architects Journal as one of the most influential architectural companies in the world.

Another legendary name, Jacques Ferrier is an architect and an urban planner. He is a founder architect of Jacques Ferrier Architecture. His portfolio includes cultural and leisure facilities (amongst others the French Pavilion for the Shanghai World Expo 2010 and the Water Park Aqualagon near Paris), showcase buildings (such as the Headquarters for Champagne Piper & Charles Heidsieck in Reims, the Headquarters of Hachette Livre in Paris and the Airbus Delivery Center in Toulouse), public buildings (notably the Collège de France in Paris, the Métropole Rouen Normandie headquarters and the International French School of Beijing).

Gilda Boiardi is the editor of INTERNI magazine, who has also been inspiring and curating the vibrant events of Design Days in Milan for many years. She helped so many young designers to get established. Among the honors she received are Chevalier dans l'Ordre des Artes et des Lettres, l’Ambrogino d’oro, The Italian Talent Award.

Brinda Somaya is an internationally recognized Indian architect and community activist. She was the first woman awarded the Wienerberger Golden Architect Award for lifetime achievement. She is the principal architect and managing director of Somaya and Kalappa Consultants (SNK).

Among the competition jury is Rafiq Azam, an internationally acclaimed architect from Bangladesh. He has been practicing and developing his remarkable style of green architecture for the last 30 years. Professor Rafiq Azam is the founder of the bureau ‘SHATOTTO architecture for green living’. Also he received numerous prestigious international architectural awards and achievements.

Amateurs of modern art will appreciate many ground-breaking interiors and architectural works of Job Smeets. He is internationally recognized as a pioneer of contemporary conceptual and  sculptural design. He founded Studio Job.  His work ranges from bronze artwork in the Metropolitan Museum, New York, to the national stamp of the Netherlands featuring the Dutch King (forty million pieces produced), and the unique life-size bronze sculptures on Miami Beach, to the one-off Wunderkammer produced for Swarovski in Innsbruck, Austria, as well as over 500 products with brands such as Swatch,Venini, Pepsi, Landrover, Moooi and many more.

Another member of the jury is Rocco Yim who has been named " The architect behind some of Hong Kong’s most recognizable landmarks" by Tatler magazine. “Wherever you are in Hong Kong, no matter which way you look, the streets and skyline are filled with buildings designed by Rocco Yim”, say journalists characterizing him.

Each of the experts is a respected person in their profession. The full composition of the jury is presented on the website. We talk about each of the judges personally and about their outstanding work on the pages of our social networks.

The competition is open for applications until January 15, 2023.

The International Awards in
Architecture and Design